“The righteous cry out, and the Lord hears, and delivers them out of all their troubles.” — Psalm 34:17

At times we need powerful prayer… prayer where we need God to intervene in a miraculous way. We need our Deliverer to save us. Perhaps we’re facing a battle that we can’t win on our own. Or we may be up against adversaries, physical or spiritual, where we need supernatural help.

We see one of Judah’s great kings in the Old Testament, Hezekiah, facing a mighty adversary. The king of Assyria is laying siege to the cities of Judah and threatening its capital city of Jerusalem. Hezekiah trusts in the Lord, the God of Israel. He reminds the Israelites that Sennacherib and his army are just men. Hezekiah exhorts his people to remember the Almighty One who is with them and fighting their battles.

“Be strong and courageous. Do not be afraid or discouraged because of the king of Assyria and the vast army with him, for there is a greater power with us than with him. With him is only the arm of flesh, but with us is the Lord our God to help us and to fight our battles.” — 2 Chronicles 32:7-8

Sennacherib disparages the Lord God of the Israelites and Hezekiah their king in the eyes of the people. Intending to strike fear into their hearts, he tells them not to believe Hezekiah’s declaration that their Yahweh God will deliver them. Assyria’s king boasts that nothing has stopped him yet and nothing will stop him in the future. He even claims that the God of the Israelites told him to march against Judah and destroy it.

Upon receiving a threatening letter from Sennacherib, Hezekiah prays a  powerful prayer for Judah’s deliverance from the Assyrians. Let’s see if we can learn from Hezekiah ways to pray in times when we need God’s mighty help and deliverance.

“Hezekiah received the letter from the messengers and read it. Then he went up to the temple of the Lord and spread it out before the Lord.“ — 2 Kings 19:14-15

†   Do we place our plans and desires before God for His approval before taking any action?

“Lord, the God of Israel, enthroned between the cherubim, You alone are God over all the kingdoms of the earth. You have made heaven and earth.” — 2 Kings 19:15

†   Are we recognizing and honoring God’s power and authority?

“Give ear, Lord, and hear; open Your eyes, Lord, and see; listen to the words Sennacherib has sent to ridicule the living God. It is true, Lord, that the Assyrian kings have laid waste these nations and their lands.” — 2 Kings 19:16-17

†   Have we poured out to the Lord the battle we are up against?

†   Have we asked the Lord to intervene in a miraculous way?

†   Is our motive in prayer for His glory and recognition?

“King Hezekiah and the prophet Isaiah son of Amoz cried out in prayer to heaven about this.” — 2 Chronicles 32:20

†   Do we come to the Lord in prayer believing He will answer?

†   Do we have mighty faith in His power to deliver?

Jerusalem was saved by the omnipotent hand of God. The Lord sent an angel who annihilated 185,000 in the Assyrian camp. He took care of His people on every side. All glory went to God for the victory. Because of Hezekiah’s mighty faith in Yahweh God to deliver the Israelites, he was regarded highly by all the nations.

Hezekiah gives us a model for powerful prayer. What would have come of Jerusalem if Hezekiah had not prayed? What if he had relied upon his kingship and his army alone to battle his adversaries?

When we fail to pray, we leave God out of our plans. We take matters into our own hands and act as the sovereign ruler of our lives… and often the lives of others. We place ourselves upon the throne. Yet our God, our Lord, our King is to be upon the throne. He is the rightful Ruler. We usurp His position of control to our detriment.

When we allow our Lord to govern with His wise and invincible hand of authority, our lives fall into line with His destiny. We unite with Him in prayer and allow Him to step in and fight our battles for us. When we need the Lord to save us from our adversaries, we can remember to pray a prayer of power. When we do, we open the door for God to work a mighty deliverance on our behalf.

“Praise the Lord in song, for He has done excellent things; Let this be known throughout the earth.” — Isaiah 12:5 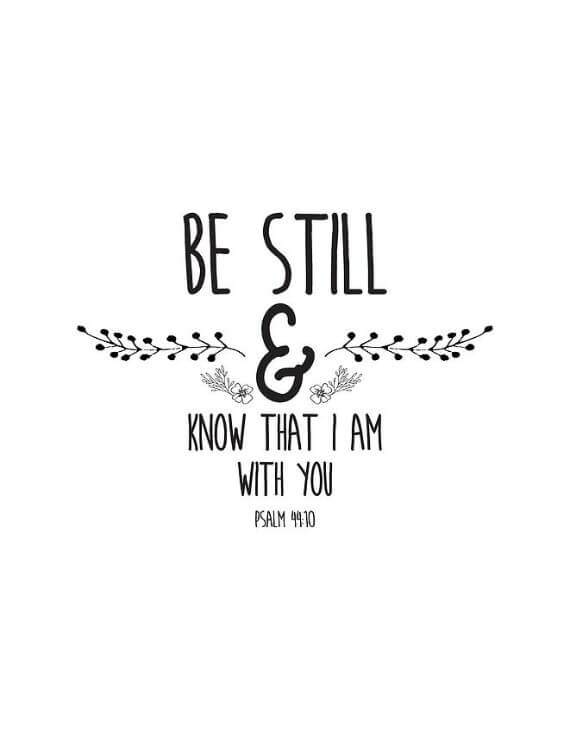