STEPHEN STANDS FIRM IN HIS FAITH IN TIMES OF TRIAL

Jerusalem, 60-70 A.D. — The early church is just in its beginnings. Pentecost brought the baptism of the Holy Spirit upon the followers of the risen Christ, empowering them for God’s work in spreading the gospel. Resistance is now coming from the Jewish leaders who oppose those of The Way. One disciple rises to distinction in courageously confronting this resistance.

“Stephen, a man full of God’s grace and power, performed great wonders and signs among the people.” — Acts 6:8

Stephen, renowned as a man of faith and the Holy Spirit, is challenged by the Jews. Yet they are unable to prevail against the Spirit of wisdom he displays. The opposition stirs up the people and brings false witnesses to testify against him. The disciple is brought before the Sanhedrin to state his case and prove his innocence. He faces his adversaries with the peace and grace of his Lord.

“All who were sitting in the Sanhedrin looked intently at Stephen, and they saw that his face was like the face of an angel.” — Acts 6:15

Stephen proceeds to trace the hand of Jehovah in the history of His chosen people. He recounts God’s wondrous and miraculous works… and His ever-faithful presence with them. He shows that all history points to Jesus Christ, the Messiah, whom the Jews crucified. Throughout his time of trial, this disciple exhibits the nature of his Savior. His speech glorifies the one true God.

“The God of glory appeared to our father Abraham…  ‘Leave your country and your people,’ God said, ‘and go to the land I will show you.’” — Acts 7:2-3

Stephen boldly proclaims the truth and wisdom of God. His retelling of history begins with Abraham, the patriarch of the Jewish people. Abraham heeds the call of God upon his life by faith and follows His leading. God makes a covenant with Abraham, promising to bless him and his descendants and to give a homeland for His chosen people in return for their obedience.

Stephen shares how God set apart His servant Moses. From the flames of a burning bush, Jehovah calls Moses to be the leader of His people. Through miracles and wonders, God liberates His people from slavery to the Egyptians and cares for them forty years in the wilderness. A prophecy comes to Moses concerning the coming Messiah…

Stephen tells of the rebellion of the Israelites in the wilderness against Jehovah, their Deliverer. Despite His presence with them, the people reject the living God, disobey His laws and turn to the worship of idols. Stephen confronts the Jewish leaders for continuing to harden their hearts to this day and turn His people away from the one true God.

“You stiff-necked people!… You are just like your ancestors: You always resist the Holy Spirit!” — Acts 7:51

Stephen condemns the Sanhedrin for defying their Jehovah God, persecuting His prophets and killing the Messiah Himself. He denounces their betrayal of the Righteous One whom their ancestor Moses prophesied would come. As this disciple stands firm in his faith, the leaders are furious and gnash their teeth at him.

Stephen, full of the Holy Spirit, sees a vision of God in all His glory and Jesus the Lord beside Him. To their ears, Stephen’s words appear blasphemous. The Sanhedrin can no longer contain their anger at his accusations. To be condemned for killing the long-awaited Messiah who now reigns in heaven with God is more than they can bear. They proceed to drag the disciple outside the city and stone him.

Stephen prays in a manner reminiscent of his Savior. He mercifully asks that the sins of his murderers not be held against them. This disciple’s life is a living testament to Christ, exhibiting the compassion of his Lord. He fearlessly faces opposition with faith in his Savior. To the very end, his life glorifies God.

Do people see Jesus in us as they saw in Stephen? Are we seen as people of faith and the Holy Spirit? Do we boldly proclaim the good news of the gospel?

We are to be Jesus to all those we encounter. Our lives are to exhibit the nature of Christ, allowing His Spirit and His wisdom to guide us. As we live God’s way, we bring glory to our risen Lord. When we face opposition… when our beliefs are challenged… we trust in our Deliverer. We stand firm in our faith and courageously share the truth of the gospel. 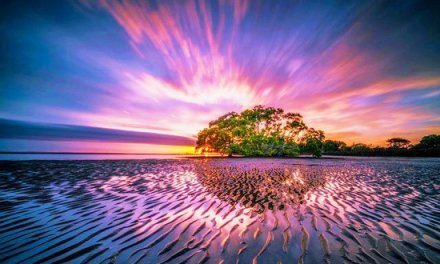 God of the Impossible

“God made Him who had no sin to be sin for us, so that in Him we might become the righteousness of God.” — 2 Corinthians 5:21 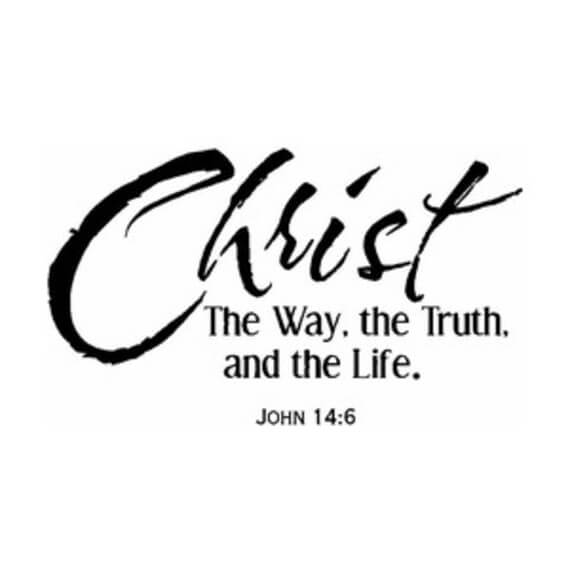