THE PROMISED MESSIAH IS BORN IN THE CITY OF DAVID

“You, Bethlehem Ephrathah, though you are small among the clans of Judah, out of you will come for Me One who will be Ruler over Israel, whose origins are from of old, from ancient times.” — Micah 5:2

Bethlehem:  the town prophesied to be the birthplace of the Messiah… a humble village of little renown out of whom would come the Christ… the promised One. The prophet Micah foretold of Bethlehem’s monumental role in history 400 years earlier. This divine prophecy was fulfilled in Jesus Christ.

“He will reign on David’s throne and over His kingdom, establishing and upholding it with justice and righteousness from that time on and forever.” — Isaiah 9:7

Old Testament prophets wrote of the future King to come out of the City of David… Bethlehem… birthplace of King David. Messiah Christ would arise and rule on His throne for time everlasting. Although born of David’s ancestral line, His divine origins stem from eternity past. He is Creator God… He is the Word become flesh (John 1:14)… He is the eternal King.

“Where is the One who has been born King of the Jews? We saw His star when it rose and have come to worship Him.” — Matthew 2:2

When Magi from the East arrived in Jerusalem inquiring as to where the Messiah was to be born, the chief priests and teachers of the law told of the prophecy of Bethlehem. For God had providentially orchestrated time and events to bring Joseph and Mary to this humble town at this precise moment in history.

The emperor of Rome had called a census and decreed that all people in the land travel to their place of origin to be counted. Joseph and Mary left their town of Nazareth in Galilee and journeyed to Bethlehem. For Joseph belonged to the lineage of King David. There, Mary gave birth to her firstborn son whom they named Jesus… Immanuel… “God with us” (Isaiah 7:14).

“Do not be afraid, for behold, I bring you good tidings of great joy which will be to all people. For there is born to you this day in the city of David a Savior, who is Christ the Lord.  And this will be the sign to you: You will find a Babe wrapped in swaddling cloths, lying in a manger.” — Luke 2:10-12

That dark winter night, an angel appeared to shepherds in the fields near Bethlehem. The skies lit up with the glory of the Lord.  As they gazed in fear and wonder at the sight, the angel shared the joyful news of the Messiah’s birth. Suddenly, a heavenly host of angels appeared in the sky with a glorious display of praise to the God of all creation…

“Glory to God in the highest heaven, and on earth peace to those on whom His favor rests.“ — Luke 2:14

Jesus Christ came as a Shepherd over His people. Is it any wonder that news of His holy birth should be announced first to shepherds watching over their flocks? The shepherds set off to discover the Christ Child and were filled with joy at the sight. They praised and glorified the God of heaven… spreading the news of this miraculous birth. The Lamb of God had made His arrival into His world.

“You, Bethlehem, in the land of Judah, are by no means least among the rulers of Judah; for out of you will come a Ruler who will shepherd My people Israel.” — Matthew 2:6

The prophecy of Bethlehem appears again in the gospel of Matthew as this apostle shares the Christmas story. God chose the lowly village of Bethlehem over the lofty city of Jerusalem, just five miles to its north, to be the birthplace of His Son. Here, the long-awaited Redeemer broke through into human history… altering its course and changing the lives of all mankind forever.

God worked the extraordinary in ordinary Bethlehem. Just as He chose this insignificant town, so God chooses us… however insignificant we may feel…. to tell of His redemptive grace. When we share the good news of the world’s Redeemer, God takes our ordinary lives and works the extraordinary. He uses us to lead the unsaved to Him, thereby changing lives forever.

“For unto us a Child is born, unto us a Son is given, and the government will be upon His shoulders. And He will be called Wonderful Counselor, Mighty God, Everlasting Father, Prince of Peace.” — Isaiah 9:6

The prophecy of Bethlehem reached its fulfillment in Jesus Christ. This heavenly King would fulfill all the prophecies of the Old Testament. His rule would be over His people from everlasting to everlasting. The world would never be the same. He is the long-awaited Messiah… the prophesied Christ… the Savior of the World… born that holy night in the humble town of Bethlehem. 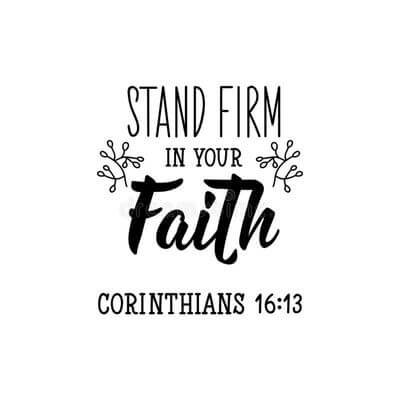