One Faith, One Spirit, One Lord

WE ARE CALLED TO UNITY IN CHRIST AS BELIEVERS

Do you see other believers as brothers and sisters in Christ? Do you recognize the bond of our Lord that brings us all together? Or are you finding the differences in your beliefs to be tearing apart the bonds that He so longs for us?

“Teacher,” said John, “We saw someone driving out demons in Your name and we told him to stop, because he was not one of us.”

“Do not stop him,” Jesus said. “For no one who does a miracle in My name can in the next moment say anything bad about Me, for whoever is not against us is for us.”

The disciples of Jesus wrestled with this problem. Upon seeing people outside of their “group” performing signs and wonders in the name of their Lord, they told them to stop. Believing themselves to be the only true followers of Christ, they were intolerant of any “outsiders”.

Jesus told them to allow these other believers to continue. He explained that anyone pursuing the cause of the kingdom is one of His followers. They are for Him, not against Him… helping to gather and not scatter.

“There is one body and one Spirit, just as you were called to one hope when you were called; one Lord, one faith, one baptism; one God and Father of all.” — Ephesians 4:4-6

All believers are one in the Lord. We may have varying beliefs and opinions. Yet we are one in Christ. He calls us to be one body under Him, the Head over all. We are one in faith… committed to our Lord Jesus Christ.  We are one in Spirit… the Spirit of the living Christ within us all.

Our faith rests in the truths of Christianity. The Bible as the infallible Word of God. God existing as three persons… Father, Son and Holy Spirit… the Trinity. The deity of Christ who became incarnate to become the perfect sacrifice for our sins once for all. Salvation by faith in Christ alone through whom we have eternal life.

Jesus is the golden thread that weaves together the body of Christ. He is our model for love and grace. He desires that we be bound together in His love. He does not want us looking for ways that we are different… seeking to judge and criticize one another… pursuing division instead of unity.

Not all followers of Jesus will be alike, nor will they belong to the same groups or denominations. Yet their goal is the same… to honor Him and advance His kingdom. Differences should not interfere with this goal. We are united in one purpose… working together out of our love for Christ and one another.

Many allow minor disputes of interpretation, doctrinal differences and Bible knowledge to separate believers. Spiritual pride can set in, causing these Christians to believe that they are somehow better than others… more knowledgeable… more spiritually aware… perhaps more holy. Yet Jesus taught us humility. He is our Teacher and the One whom we exalt, not ourselves.

“From Him the whole body… grows and builds itself up in love, as each part does its work.” — Ephesians 4:16

Jesus never opposed anyone who claimed to love Him. If others are doing all in His name and for His glory, they are the Lord’s. Christians are to rejoice with one another in the work of Christ… pursuing His kingdom and His cause together as one. We are not to cast doubt or skepticism upon others… diminish their successes… or in any way hinder their good works.

If others are successfully sharing the gospel, leading people to Christ, praying for miracles in His name, are we to question their faith, their beliefs? That is up to our Lord. For these followers are giving glory to Him and furthering His kingdom. That is what He asks of us all.

Only our Lord knows the hearts of those who are His. We do not see into the hearts of others. We cannot know their relationship with Jesus. We dare not sit in judgment… for anyone who is not against Christ is with Him. We are to give grace and leave judgment up to our Lord.

“Make every effort to keep the unity of the Spirit through the bond of peace.” — Ephesians 4:3

Christians have a common enemy — Satan. Children of light do not mingle with darkness but expose it (Ephesians 5:11). All who oppose the enemy are fighting on the side of Christ. All who seek to destroy the kingdom of Satan are building up the kingdom of God.

Satan seeks to divide and conquer. Any way he can cause discord and disunity, he will succeed in diluting the witness of the body of Christ. Non-believers see petty differences causing division in the body and want no part in it. Believers are not to give the enemy this victory.

Together the body of Christ can accomplish far more than could ever be done alone. We each have a role that is important. Our interdependency can advance the kingdom of God. We pool our efforts and unite for His purposes. We accept one another despite our differences.

When we are united in faith and in Spirit under our Lord Jesus Christ, nothing should cause disunity among believers. Rather than finding ways we differ, we focus on what unites.  We give grace as Jesus gives us. We allow our differences to complement one another as we advance God’s kingdom and honor the One to whom we owe our all. 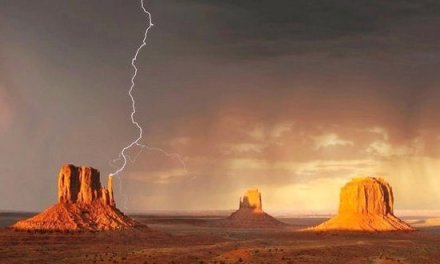 Power from On High 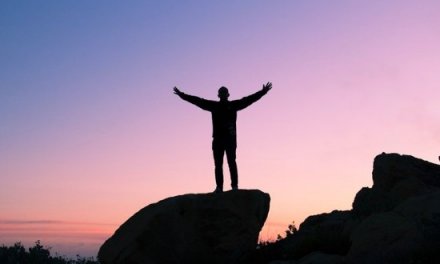 Our All for Him

“Let us come into His presence with thanksgiving; let us make a joyful noise to Him with songs of praise!” – Psalm 95:2 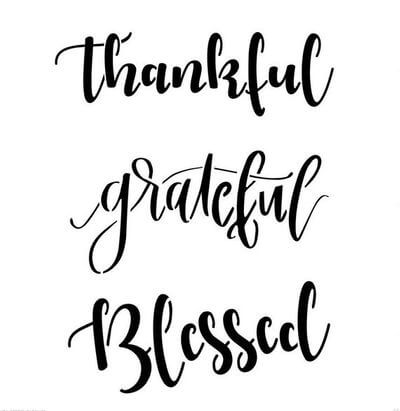